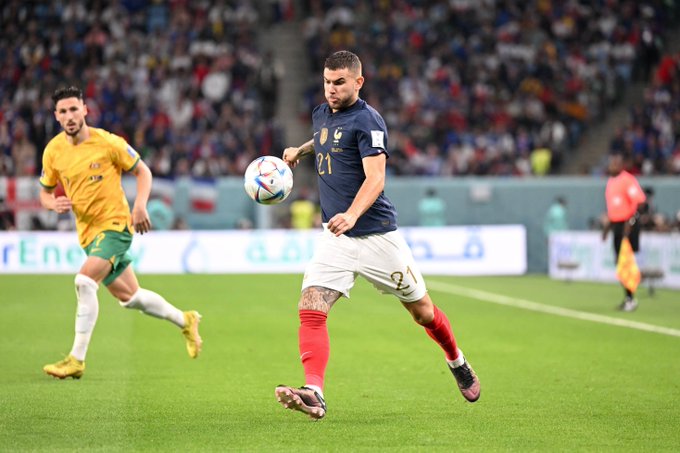 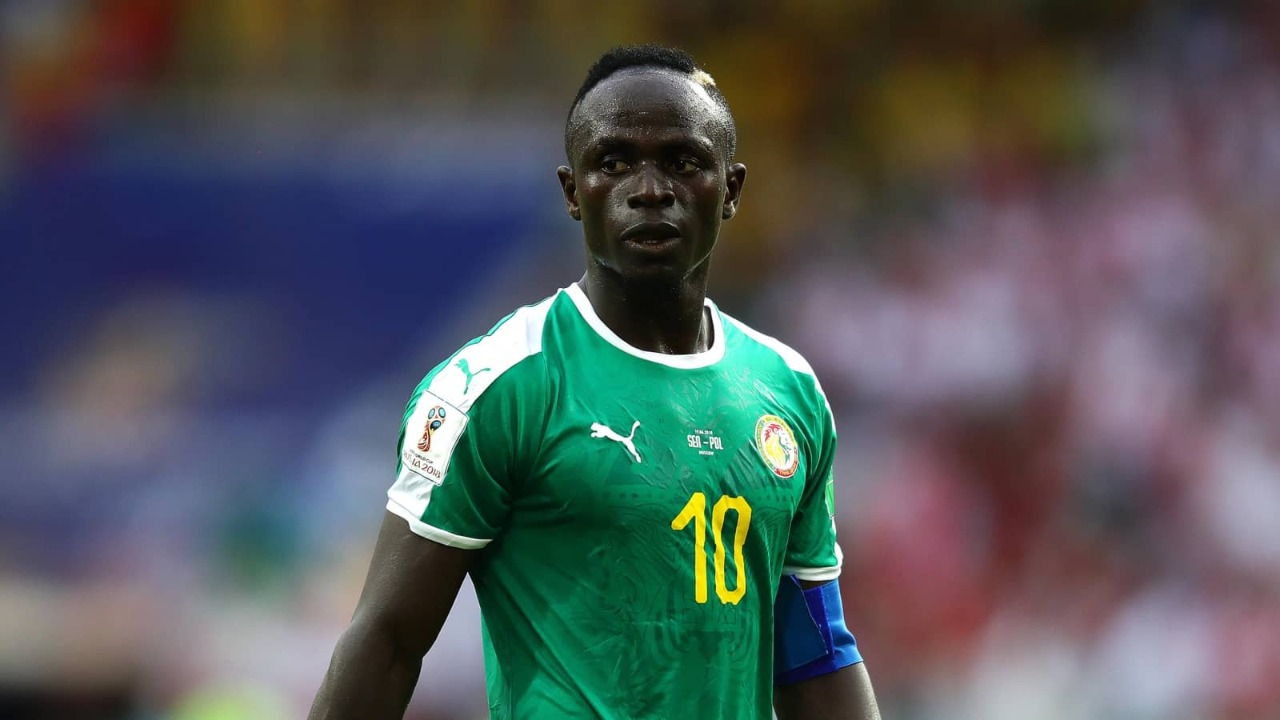 Thomas Muller sets a new record in the German Cup 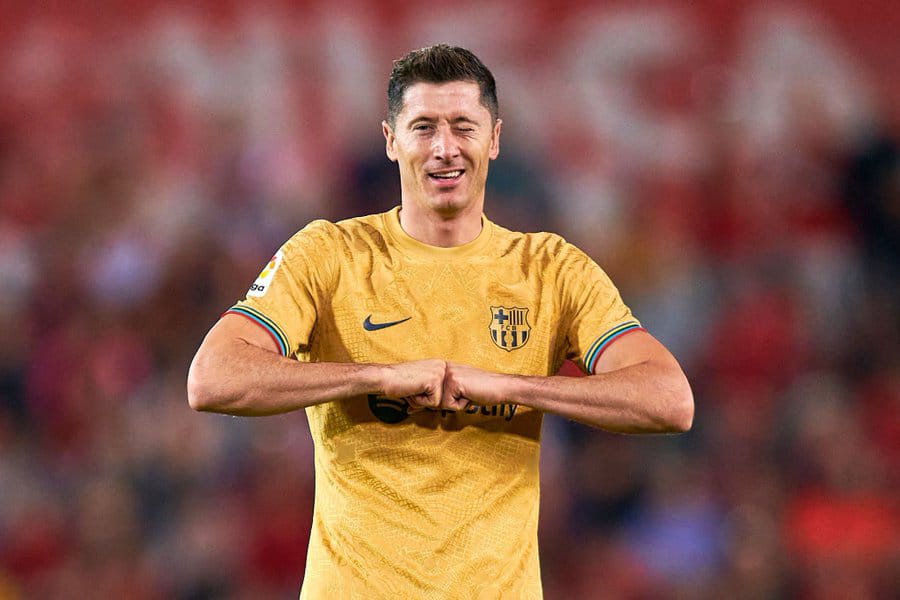 Polish star and Barcelona's Polish forward Robert Lewandowski plans to be aggressive and impose their will and style on Inter Milan in their Champions League Group C clash on the eve of the game tonight Tuesday, seeks to add Inter Milan to his list of latest victims in the European League. The leadership of La Liga Santander, FC Barcelona takes action in the Champions League to face the Inter of Milan in Giuseppe Meazza in a key part of the face to the possible classification to the eighth of final. The Pole netted against Mallorca and has scored in six weeks running. Mundo Deportivo, the Spanish nationwide daily sports newspaper published in Barcelona stated that Lewandowski seeks to beat Inter Milan in the first clash he is facing in various tournaments during his career. The newspaper added that Lewandowski, who has already scored 89 goals in 108 Champions League games, spread over 14 countries and 19 cities The Pole, who is not willing to fail the first time San Siro, is the top scorer in this edition of the Champions League with three goals. Only Haland (Man City) and Mbappe (PSG) equal him in a pulse that promises to stay during a season in which only the Norwegian will see the world from the sofa. 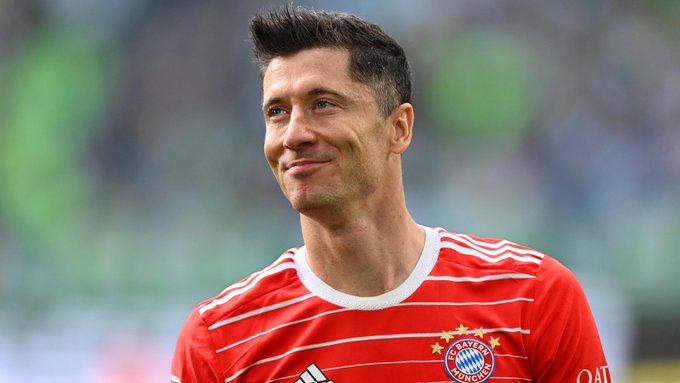 German sports press reports revealed that Bayern Munich decided to sign a Juventus star to support its striking line next summer. The Italian newspaper, Corriere Della Sera, reported that there had been previous contacts between Bayern and Serbian Dusan Vlahovic, the current Bianconeri striker. But in the end, the player decided to move to Juventus for 82 million euros. Corriere Della Sera indicated that Bayern Munich study to sign Vlahovic again, despite his linking contract with the Old Lady, in preparation for an offer to join him next summer. It was reported that Bayern is considering the inclusion of Tottenham star Harry Kane, but there is great adherence to coach Antonio Conte. 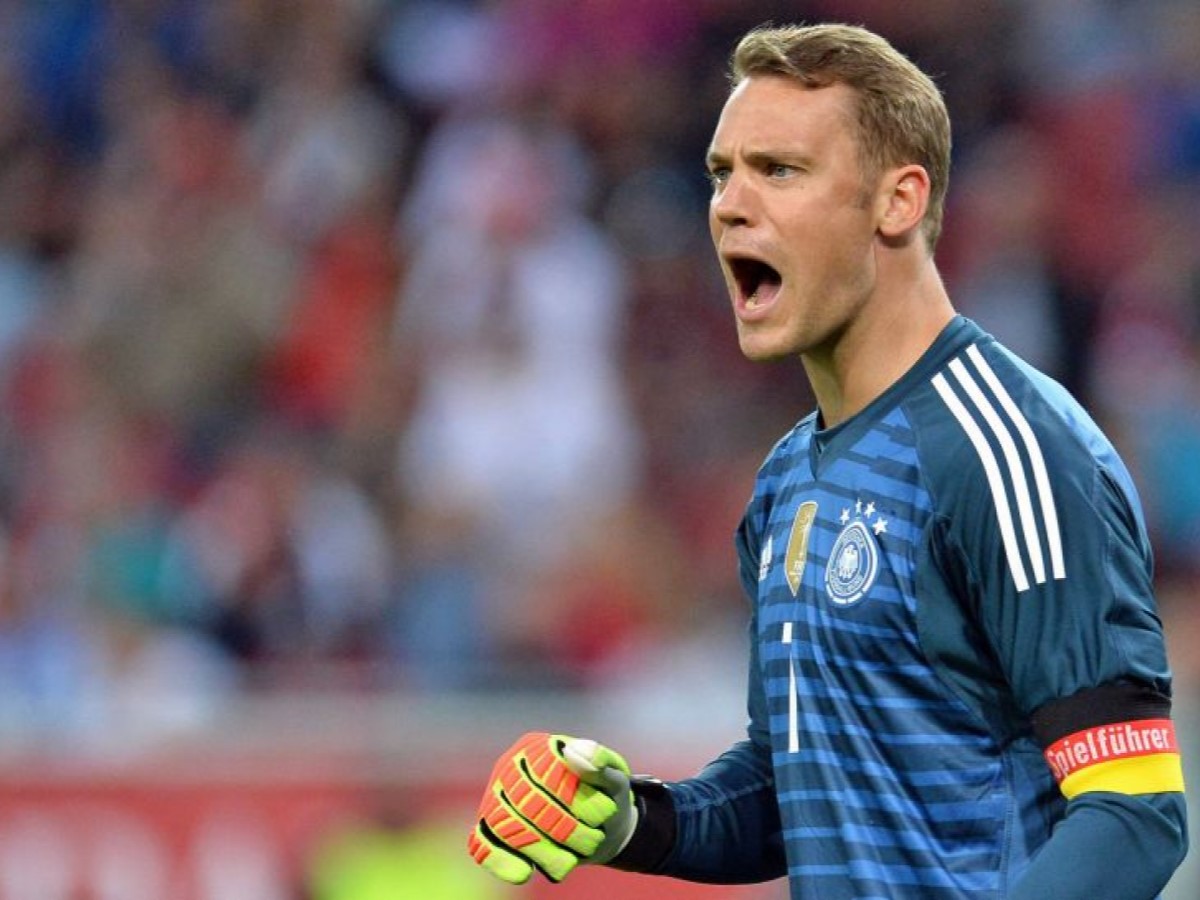 Neuer misses Germany’s first training session due to an injury

According to information from Bild, Bayern Munich’s goalkeeper Manuel Neuer missed the German team’s training session against the Hungarian national team. Another Bavarian star, Jamal Musiala, was at the training session but had to end it early after his clubmate Thomas Müller cut his leg. Bayern Munich’s goalkeeper and Germany captain, Manuel , missed the team's first training session in Frankfurt prior to its scheduled matches against Hungary and England in the European Nations League. The German national football team is currently preparing for the Nations League match against Hungary in Leipzig at the association’s training camp in Frankfurt. Bild journalist Heiko Niedderer reported that Bayern Munich goalkeeper Manuel Neuer did not take part in the last training session precisely because he had a problem with one of his big toes. Defenders Matthias Ginter and Thilo Kehrer and winger Lucas Nemecha were also absent from the team's training. The trio stars were seen staying at the hotel as part of the stress control mechanism after their appearance in the club competitions last Sunday.  The German national team will host their Hungarian counterpart in Leipzig next Friday, and then visit the English team at Wembley Stadium on 26 September. 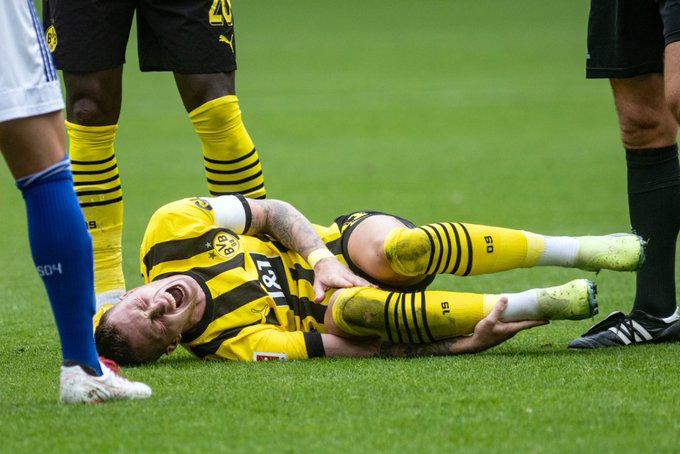 German press reports revealed that Borussia Dortmund skipper Marco Reus possibly could join the upcoming FIFA World Cup in Qatar from November 20- December 2022 with the Germany squad after being stretchered off in Saturday's derby match against guest Schalke, and was forced to leave the match stadium after 32 minutes of its start, amid great doubts about the possibility of joining the World Cup in Qatar. Reus, 33-year-old, had to leave the pitch aided by Dortmund medical staff in the first half following a collision with Schalke’s Florian Flick. Germany's Marcos Reus suffered a brutal ankle injury during the Borussia Dortmund game against Schalke. The Sport1 Germany Football network said that the Dortmund captain still had a chance to appear with the German national team in the FIFA World Cup2022 in Qatar, despite the injury he suffered on Saturday against Schalke 04, and that he will be absent for only a few weeks. 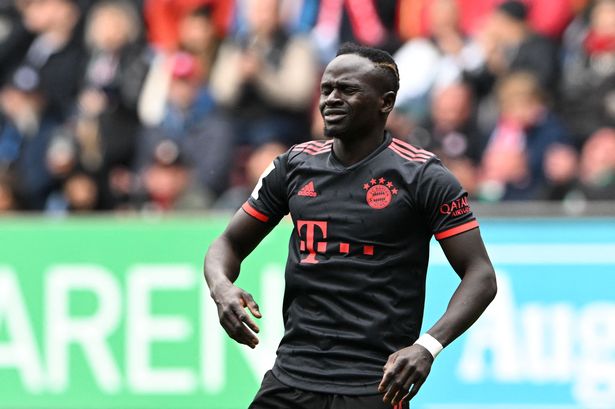 Bayern Munich fail to score in Bundesliga for the first time in 87 games as calls grow for Sadio Mane to be benched. Bayern Munich fired blanks in the Bundesliga for the first time in 87 games as calls for Mane to be axed grew. Ex-Liverpool striker Mane is goalless for five matches after Saturday's shock 1-0 loss at Augsburg. The Senegalese forward Mane has endured a tough run of form for Bayern Munich for the sixth consecutive match in all competitions, without any scoring contribution to the goal of his opponents, in front of goal and was substituted off in their loss against Augsburg in the Bundesliga. Bayern Munich had signed Senegalese star Sadio Mane, during the last summer Mercato, from Liverpool in a 3-year deal that crossed the 30 million euro barrier. Mane joined Bayern Munich in a deal crossed more than £ 30 million agreement from Liverpool this summer as he set his sights on challenging himself in the Bundesliga with Bayern. Bayern Munich's Senegalese forward Mane after scoring his only goal during the German Cup first-round football match against Viktoria Cologne on his DFB Germany Cup. Mane, the 30-year-old, appeared in 11 matches in various competitions this season with Bayern Munich, scoring only 5 goals.

Bayern Munich's poor performance in the German Bundesliga has led to many criticisms of coach Julian Nagelsmann, while some media even went beyond suggesting his dismissal. The clouds descended on the Allianz Arena in more ways than one on Saturday afternoon. As the heavens opened, FC Bayern conceded a last-minute equalizer to draw 2-2 with VfB Stuttgart. Although back on top of the Bundesliga - overnight at least - the result just didn't cut it in the FCB camp. It was the club's third successive league draw, after all. Bild, the German tabloid newspaper published by Axel Springer SE, reported that things inside the Bayern dressing room are not well, and the players believe that he should take more responsibility for those conflicts. “The pressure is a subjective thing. I will approach the week exactly as I would have if we had won: we will train, we will analyze the opponent and we will try to find a good idea for Barcelona,” Nagelsmann told the media. Nagelsmann came across as relaxed about the situation, but Sporting Director Hasan Salihamidzic was a little more concerned after the Stuttgart draw. We have to improve one way or another.” “It was too little today. We have to go up two gears, even three against Barcelona.” It goes without saying that this Bayern side is still more than capable of putting Barcelona to the sword. Standards at Bayern Munich have been so high in recent years, that even a short slump causes intense speculation for them. This will however be Barcelona’s first big test of the season and there is no telling how they will cope. Nevertheless, Bayern Munich wins FC Barcelona, as the standards at Bayern Munich have been very high in recent years. 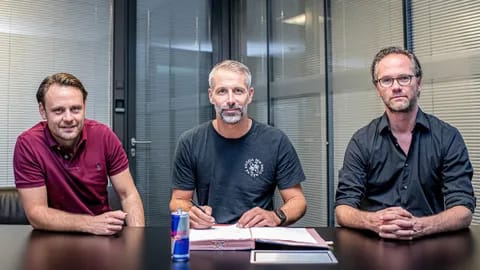 The German RB Leipzig has appointed on Thursday former Borussia Dortmund and Borussia Mönchengladbach tactician Marco Rose as their new coach following the dismissal of Domenico Tedesco. RB Leipzig named Marco Rose as new head coach a day after sacking Domenico Tedesco; with the Bundesliga club sitting 11th in the league having won just one of its first five league games of the season. Marco Rose will be officially at a press conference presentation this Thursday afternoon and will lead his first training session after his presentation to the media. The German club had an official statement on Wednesday, saying: "RB Leipzig have announced that Domenico Tedesco has been relieved of his duties as head coach with immediate effect following Tuesday's 1-4 defeat against Shakhtar Donetsk in the Champions League. Assistant coaches Andreas Hinkel and Max Urwantschky have also left the club. RB Leipzig will announce his successor in due course." 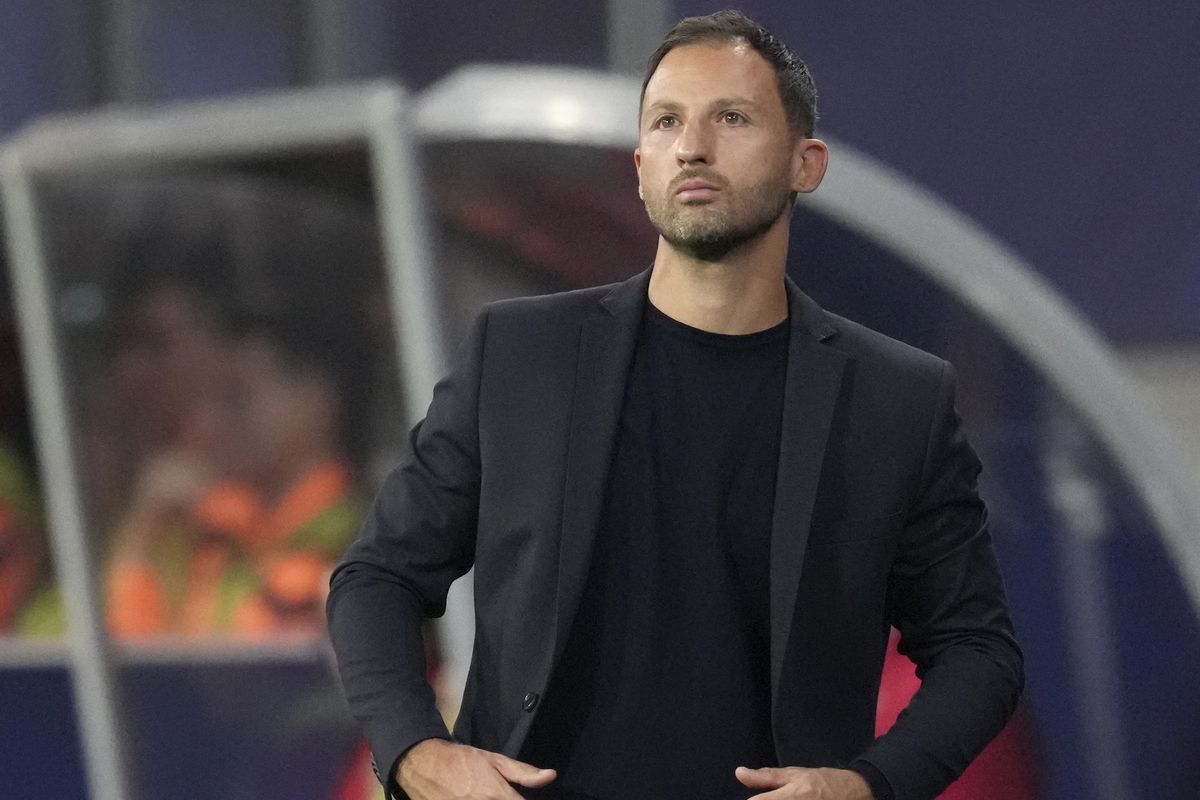 RB Leipzig has dismissed head coach Domenico Tedesco in the wake of their 4-1 loss to Shakhtar Donetsk in the UEFA Champions League. Die Roten Bullen announced the decision to part ways with the 36-year-old the morning after that game, which followed a 4-0 defeat. The Italian Domenico Tedesco has been dismissed as coach of RB Leipzig this Wednesday, after the German team’s opening defeat in the Champions League by 1-4 against Shakhtar Donetsk at Eintracht Frankfurt in the Bundesliga, as reported by the club in a statement. “RB Leipzig releases coach Domenico Tedesco with immediate effect. That is the result of an in-depth analysis following Tuesday night’s 1-4 Champions League home loss to Shakhtar Donetsk,” the Saxon team announced. In addition, Andreas Hinkel and Max Urwantschky, Tedesco’s assistants on the Leipzig bench, were dismissed. The German team will provide “timely information” about who will be his substitute. The German team is competing in the Champions League in Group F, alongside the defending champions Real Madrid, Scotland's Celtic, and Ukraine's Shakhtar. Leipzig achieved only one victory in the German League after 5 rounds, with two draws and two losses. 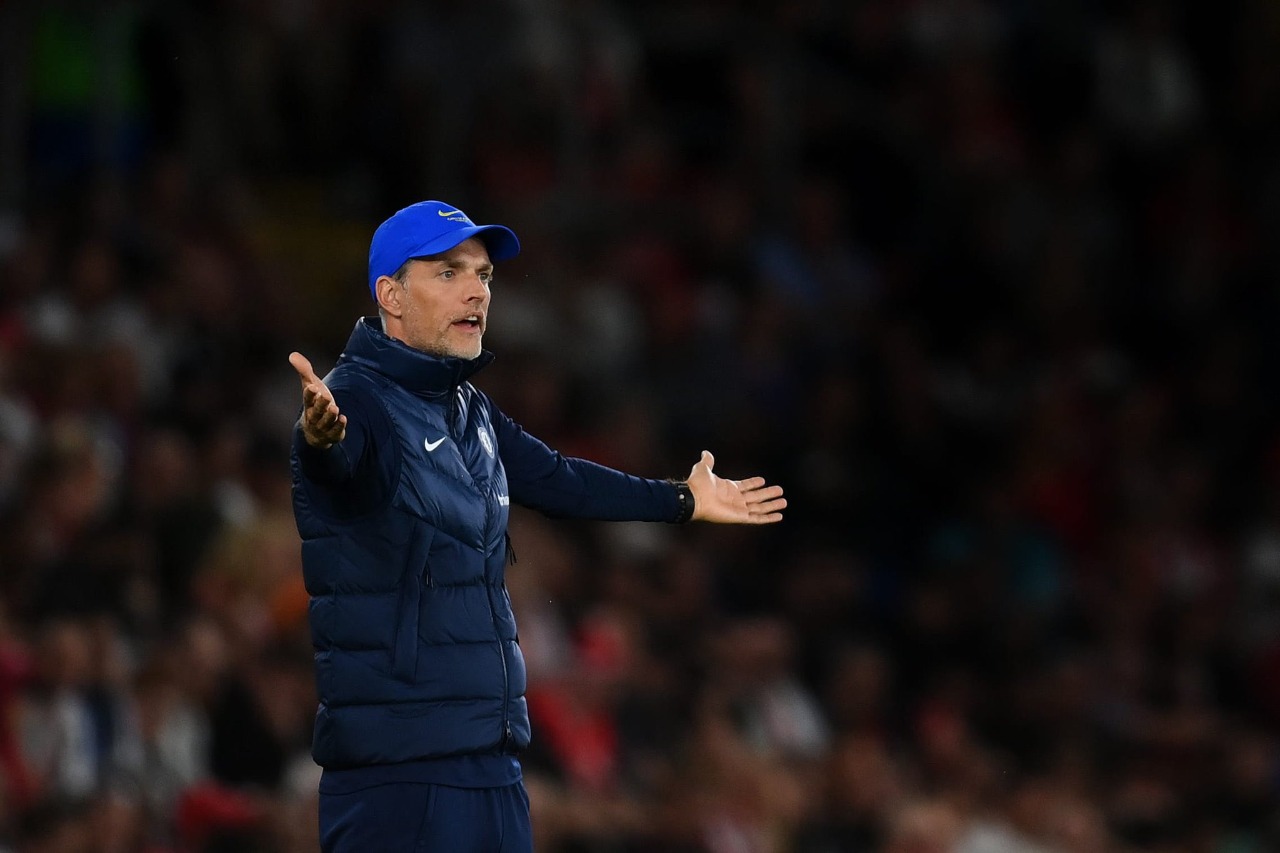 German coach Thomas Tuchel commented on his side's 'soft defending' following Chelsea's loss to Southampton at St Mary's in the fifth round of the English Premier League. The Blues fell to a 2-1 defeat despite opening the scoring and did not cover themselves in glory for either Romeo Lavia or Adam Armstrong's strike. The Blues boss said: "Obviously we're not tough enough to win these matches at the moment, away. It was the same story at Leeds. At Leeds, the problem was that we did not score in the first 20-25 minutes, and they pushed us off balance in two minutes with two goals. We could not find any answers. We thought we at least had answered in the first few minutes of the second half. Today, we scored, so obviously, everything was okay, but one set-piece again. One sloppy defending again. Then we are off balance, and today we did not react to it, we were lucky not to concede a third goal. We were not tough enough as a team to react or push it over the line for us." He went on to add: "Soft, soft, soft defending. What stops that? Pure mentality, stop it by pure mentality. Spot it with defending intelligently. There is no superiority for the opponent, there is no need to give shots away, and there is no need. Just toughen up. As a team, show a different mentality. It's my assessment today; I don't like to talk about it normally because you cannot prove it with data, the body position, or the tactical position in the field. It's like this. Both goals are cheap goals, soft goals, and should not happen if you expect to win a Premier League match on an evening in an away stadium." "We try to win games and the way we d