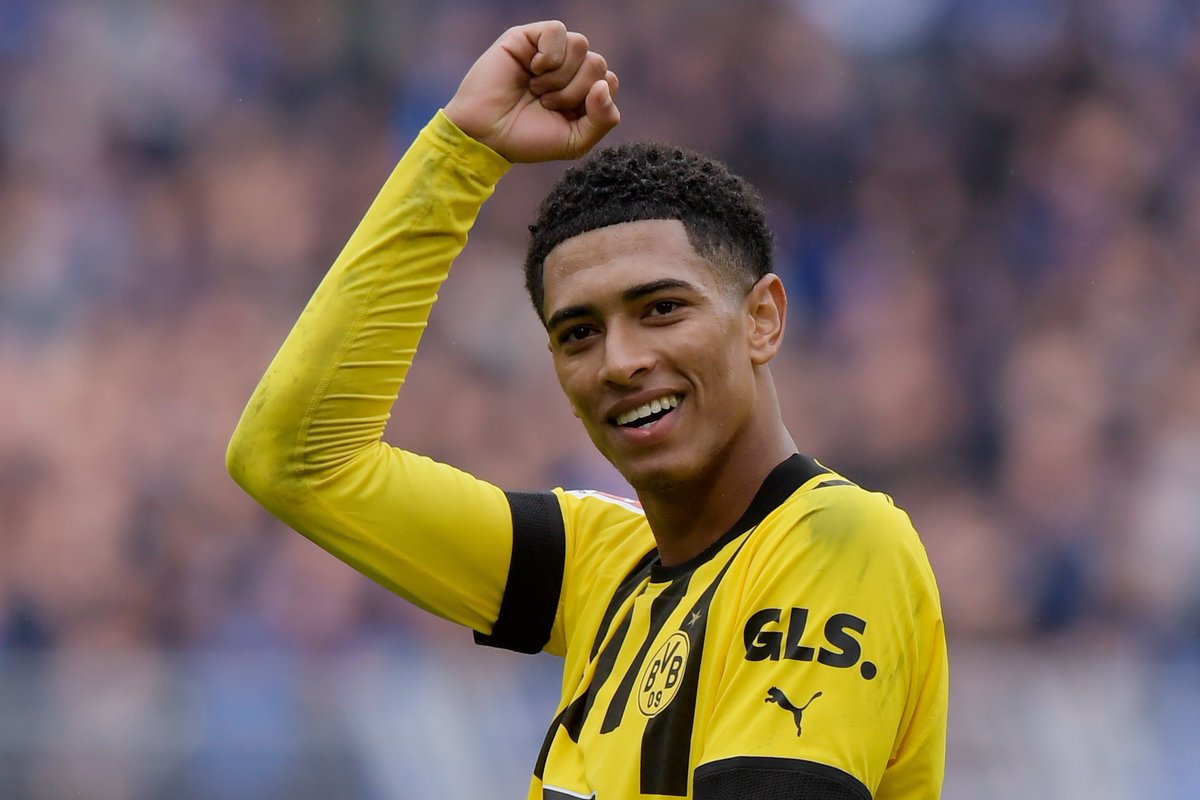 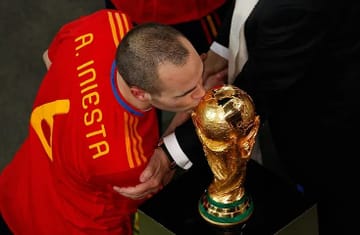 Iniesta: I trust Spain's ability to win the World Cup trophy in Qatar 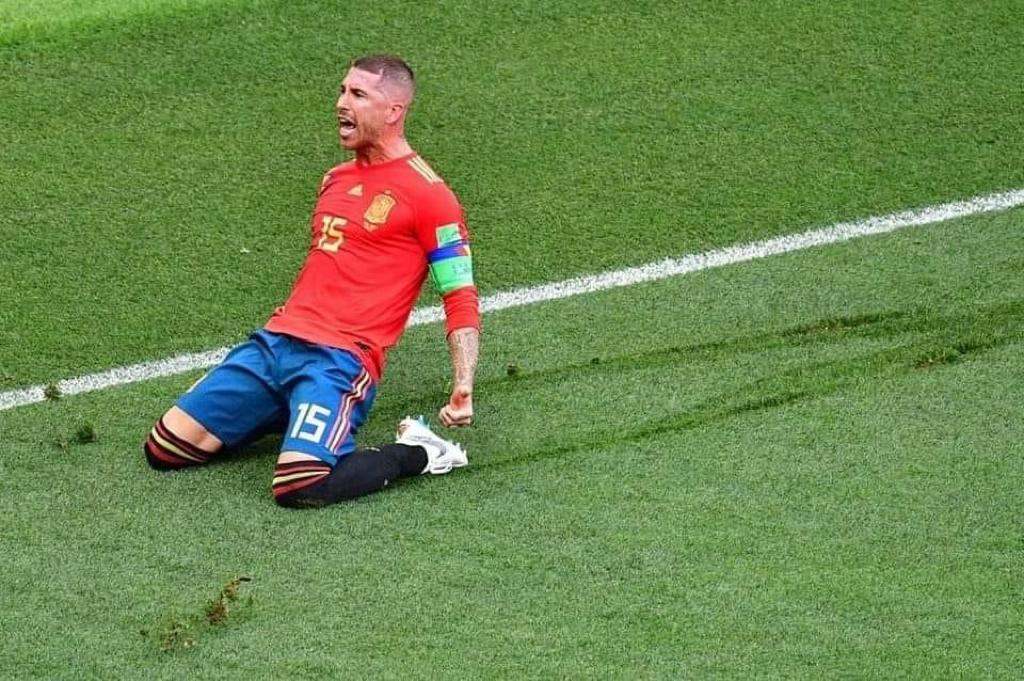 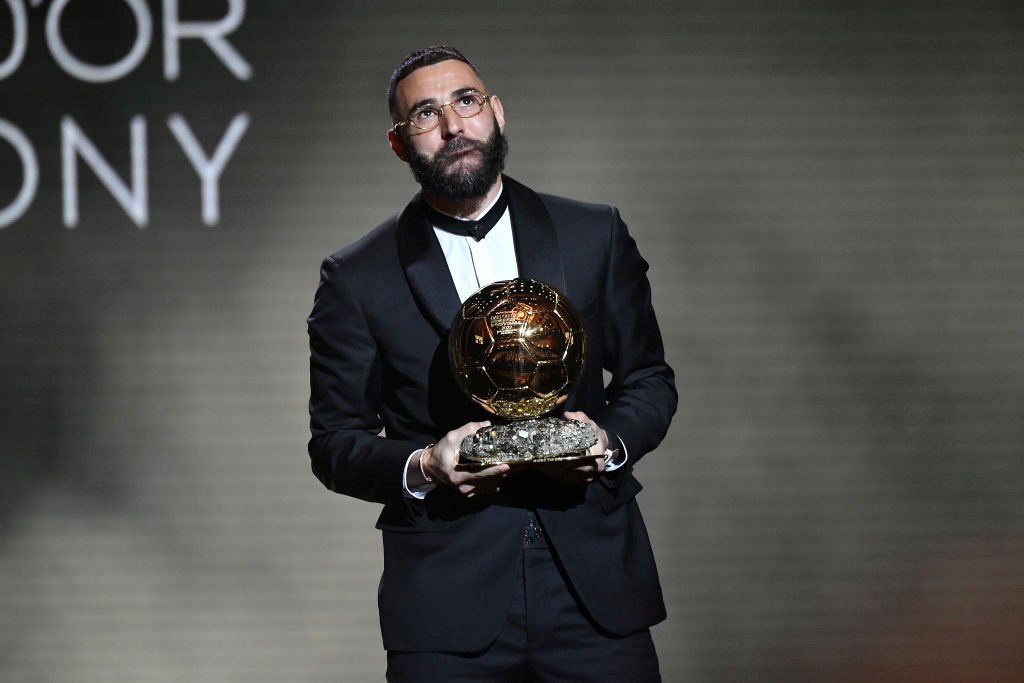 French star and Real Madrid striker, Karim Benzema, has revealed that he did not receive congratulations from his former colleague, Portuguese star Cristiano Ronaldo, Manchester United striker, after winning the Ballon d'Or last October. In an interview with the French "Telefoot" network, Benzema said: "I have not received a congratulatory message from Ronaldo after winning the Ballon d'Or until now." He added, "I didn't want to leave football before I won the Ballon d'Or, winning the award is exceptional, in front of my family, in front of my friends. It will always be engraved in my head, plus it was Zizou who gave it to me." On his fitness status prior to the World Cup, Real Madrid forward said: "My fitness status is good. I felt some pain, but then it became normal with the number of games there, I took care of myself, and I will be fit and ready to play, with no problems. I will focus well on what I am asked to do." He continued: "We love to play football; everyone loves to play non-stop football. The problem is that we are not machines. You always have to be 100% ready and play every three days every time there are injuries, this is mandatory." 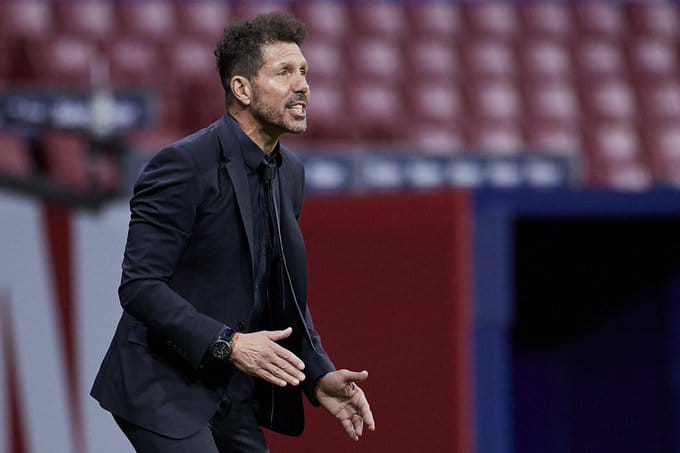 Simeone: “We hope that after the World Cup we come back with the idea of reversing such a difficult situation”

Argentine Atletico Madrid coach Diego Simeone commented on the team's recent decline in results, with the intention of turning around their faltering season following another defeat. Atletico was beaten 1-0 away to Mallorca on Wednesday, stretching their winless run to five matches across all competitions – they have never endured a worse streak during Simeone's spell in charge. "To say that we have lacked forcefulness in all the games is a very simple excuse. We're making a lot of defensive mistakes that make games uphill battles for us, having to go looking to change the result and that create complications for us," he later said in his post-match press conference and published in-house Marca newspaper today. "We are under a very bad period and we have to be calm and keep working to change the situation," the Atletico Madrid coach added. "The pause of the championship will generate peace of mind to work, and to fully recover [injured players], whom we obviously need," Simeone told Marca. "I hope that after the World Cup they come back with the idea of reversing this difficult situation." 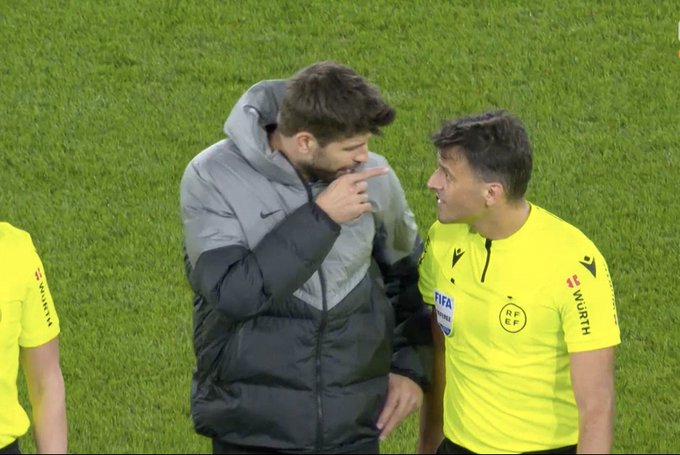 What did Pique say to the referee to get sent off in the final ever Barcelona game?

Gerard Pique will not enter the final of his professional career, as he received a red card during the half-time break, in Barcelona's match against Osasuna. The defender was sent off not long after team-mate Robert Lewandowski received a second yellow card for a flying elbow. Pique, which started the game on the substitute's bench, was seen following the referee, Gil Manzano, to the tunnel, and the pair wawerenvolved in a heated discussion. In his match report, the official mentioned that the center-backboned him verbally. A corner kick was awarded to Osasuna, although it did not seem to touch the Barcelona player, and from that corner, Osasuna scored, with further protests taking place over what Barcelona felt was a mistake on Marcos Alonso.Twenty minutes later, they were down to just ten players, as Robert Lewandowski had already been sent off when he was given a second yellow for jumping into a defender without intending to go for the ball. Manzano's report, which 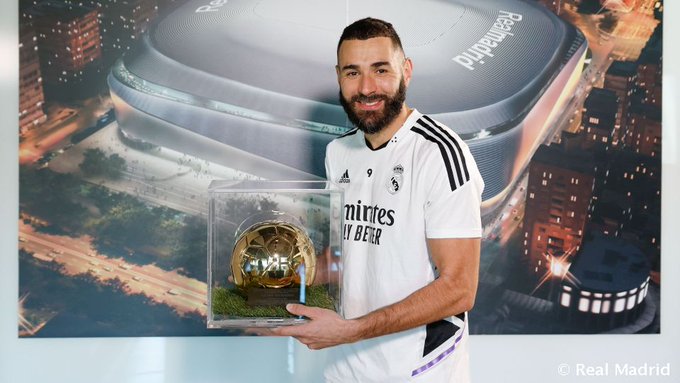 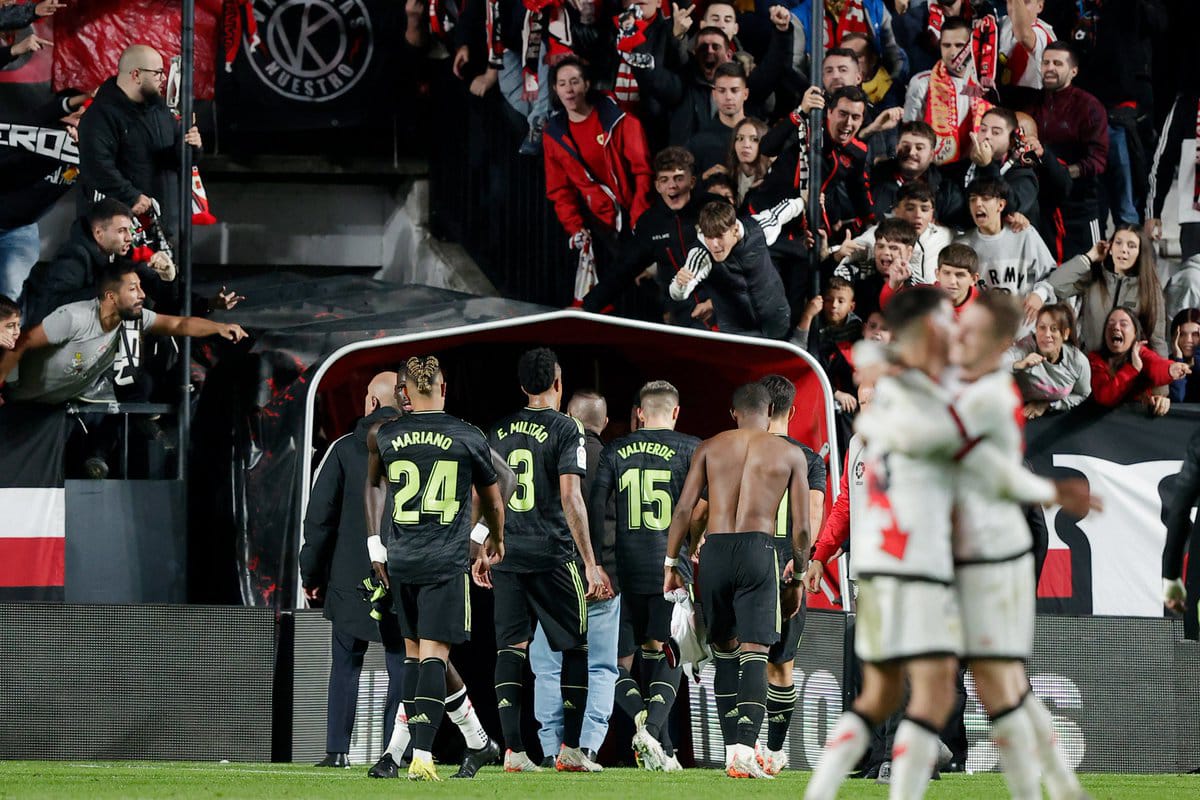 Real Madrid scored a negative record under the leadership of coach Carlo Ancelotti, as Real Madrid was stunned by 3-2 Rayo Vallecano on Monday. Real Madrid has suffered their first loss of the season at the hands of Madrid rivals Rayo Vallecano at "Veixas" stadium, in the 13th round of the Spanish League competitions, in one of the biggest shocks of the season so far. Statistics reveal that Real Madrid kept two clean sheets in 13 matches in the Spanish League during the current season 2022/23. The Blanco was considered the lowest score at this stage of the season since 2013/14 also under the leadership of Carlo Ancelotti, where he won 10 matches, drew one, and lost two matches. In 13 La Liga matches, Real Madrid conceded 13 goals, an average of one goal per game, while the team kept clean sheets only twice, against Elche and Getafe, and this is the team's worst defensive outcome. 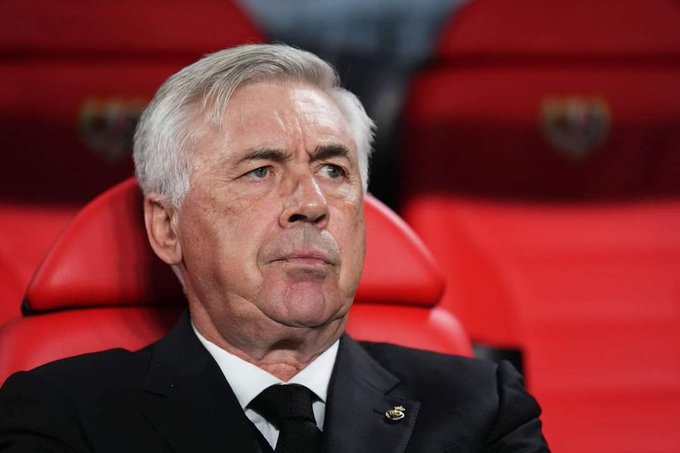 The Italian coach of Real Madrid, Carlo Ancelotti, admitted the responsibility for his team's loss against Rayo Vallecano 3-2, at the end of the thirteenth round of the LaLiga competition. Ancelotti expressed his disappointment after losing the lead in the Spanish League to its arch-rival Barcelona, after the loss suffered by the royal team at the hands of its host Rayo Vallecano. Barcelona now sits as the leaders of LaLiga Santander and can guarantee that they’ll be ahead during the entire World Cup if they beat Osasuna on Tuesday. On that, Ancelotti spoke at the press conference, saying: “We’re disappointed to have lost the lead at the top of the table, but this season is very long. We’ve done well in this first stage of the season, even if we didn’t have a good game today. We hoped to continue that until the World Cup break, but the league is very long and it is not over, of course.”

Despite retiring, Pique is in Barcelona's squad for Osasuna

FC Barcelona manager Xavi Hernández revealed the final squad list to face Osasuna tomorrow, Tuesday, at the Sadar Stadium, in the 14th round of the Spanish League. Spain and Barça icon Piqué Piqué will feature for the last time at Camp Nou against Almeria on Saturday and is expected to travel for the game against Osasuna tomorrow Tuesday. Barcelona is in first place with 34 points, while Osasuna is in fifth place with 23 points in the Spanish league standings. 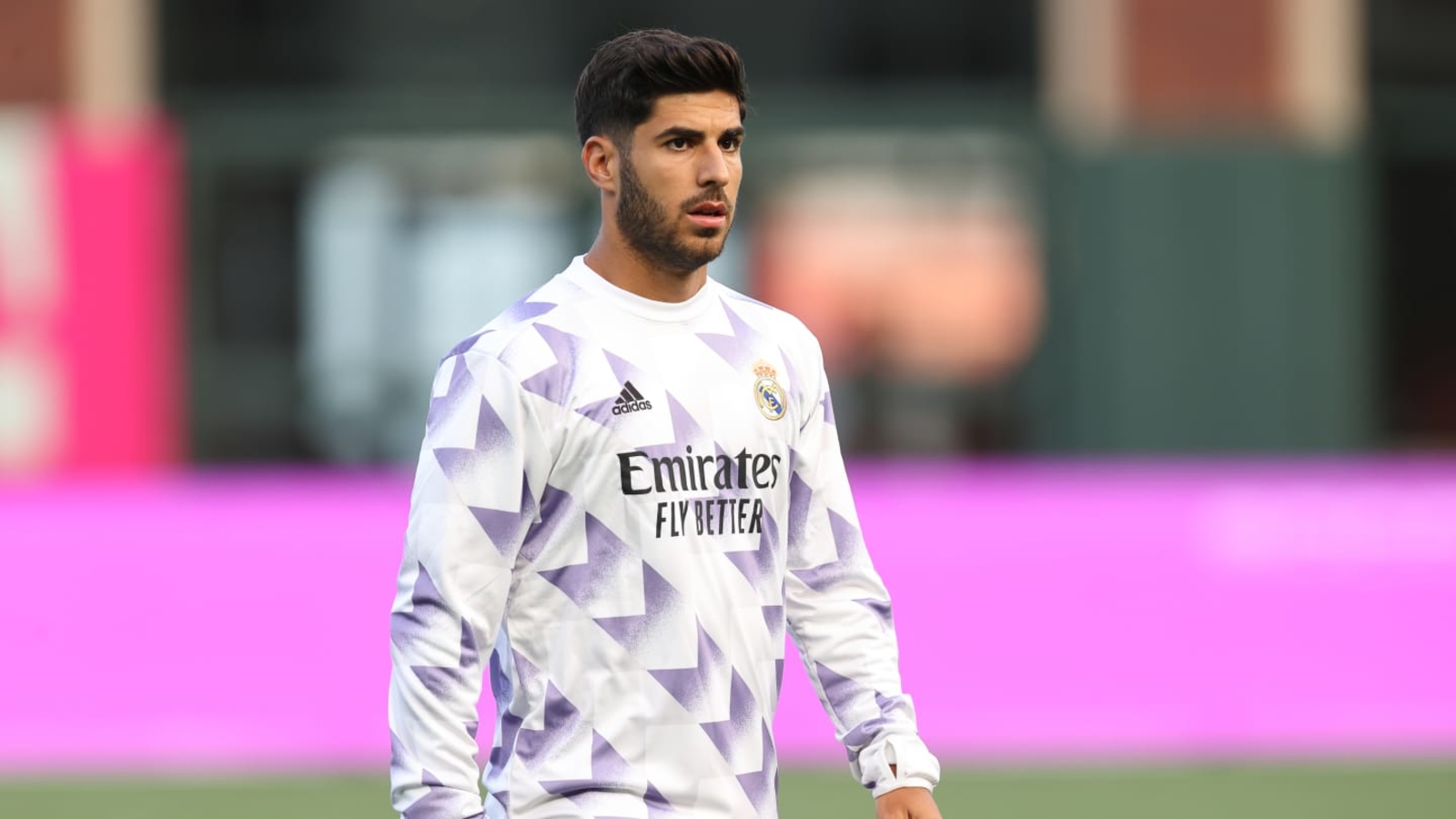 Press reports revealed Barcelona's interest in Real Madrid forward Marco Asensio in a free deal, especially since his contract with the Royal Club expires next summer. Asensio is out of contract in 2023 and there’s been speculation Barca is keeping tabs on his situation and could try to sign him on a free. Mundo Deportivo, the Spanish nationwide daily sports newspaper stated that there are several discussions within Barcelona about the importance of Asensio’s deal, especially since the Royal is not thinking of strengthening the forward lines during the next summer transfer period. The newspaper added that the free arrival of the Real Madrid star tempts the Catalan club officials, despite Barca’s priorities in the next summer Mercato, most notably the contract with a right-back, but Barcelona keeps attentive to Asensio’s future. Press reports had recently indicated that Real Madrid intends to open the door to negotiations with Asensio in order to renew his contract, after the 2022 World Cup in Qatar, especially since the player's first desire is to continue with the team.

Spanish press reports revealed that Arsenal manager Mikel Arteta is the most prominent candidate to lead Barcelona in the future, after the great work he did with the Gunners in recent seasons, and is now competing strongly for the English Premier League title. Arsenal manager Arteta has emerged as a candidate for the Barcelona job, according to a report. The report claims that Arteta's links with Pep Guardiola make him an attractive option, but more experienced shortlisted candidates such as Roberto Martinez and Erik ten Hag may be favored, while former midfielder Xavi is thought to be the frontrunner. Arteta's Arsenal ended eighth in the Premier League table during his first full season in charge, and the Spaniard has won 47 of his 86 games at the helm since taking over from Unai Emery. The newspaper added that despite the admiration of the Barca management, for the coach of the English club, they see the current coach of the team, Xavi Hernandez, as a leader of their current project. Sport, the Spanish newspaper indicated that that the major changes that Arteta provides with Arsenal, are admired by the Barcelona administration, and it is a future option for training the team. The newspaper pointed out that Barca boss Xavi Hernandez enjoys great support from the Barcelona administration, despite the team bidding farewell to the European Champions League competition from the group stage for the second season in a row.