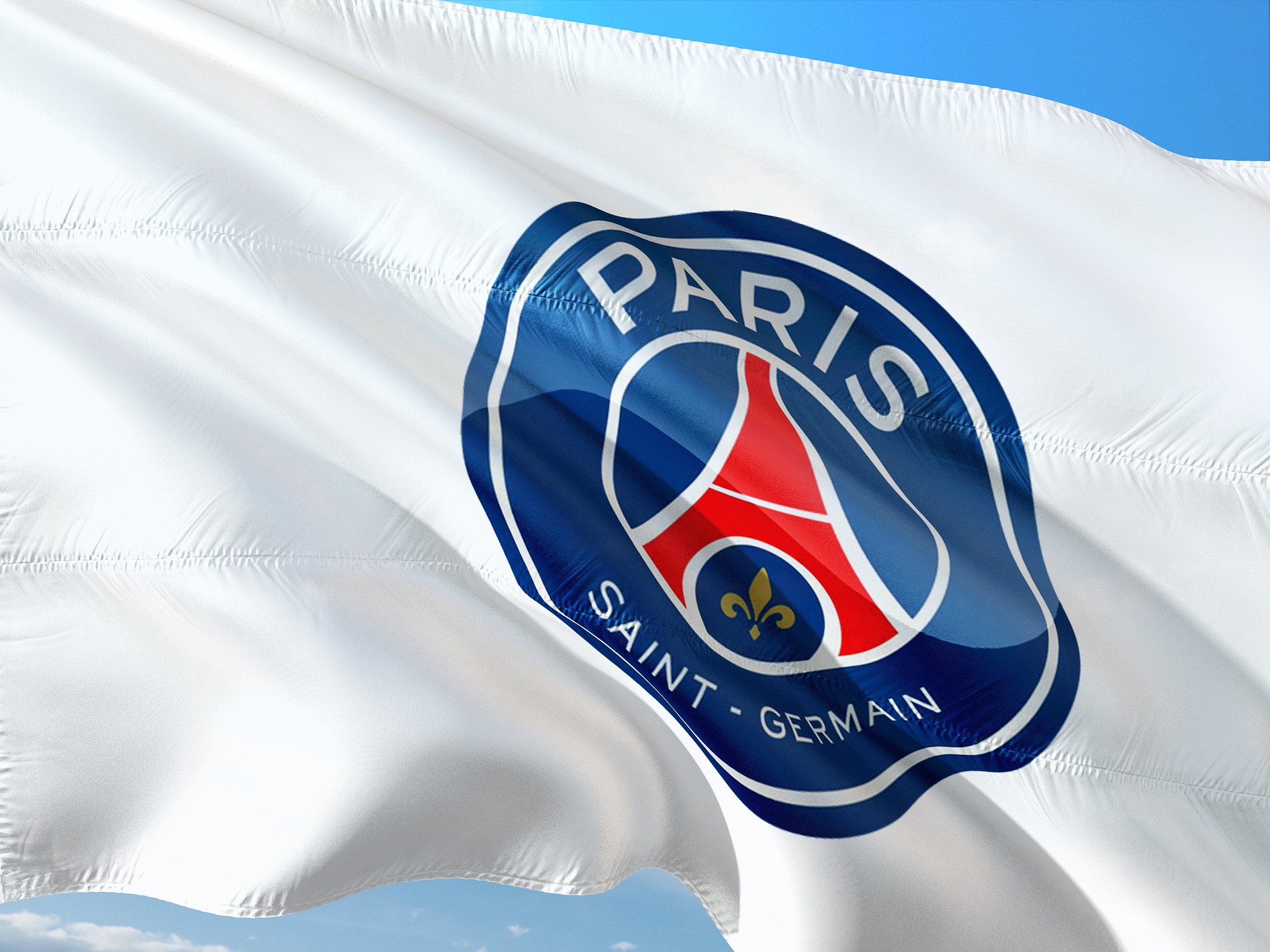 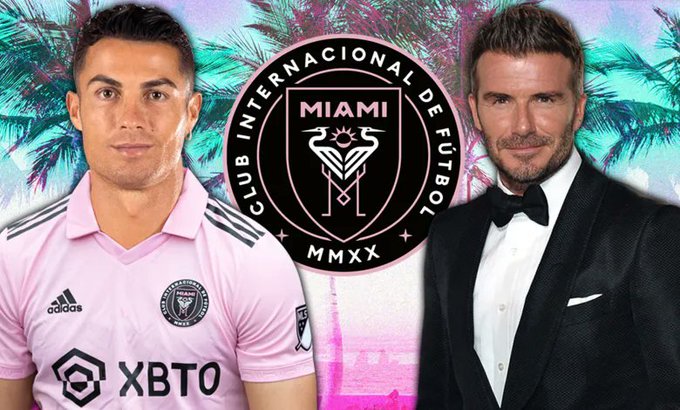 Beckham in talks over Cristiano Ronaldo's move to the American League 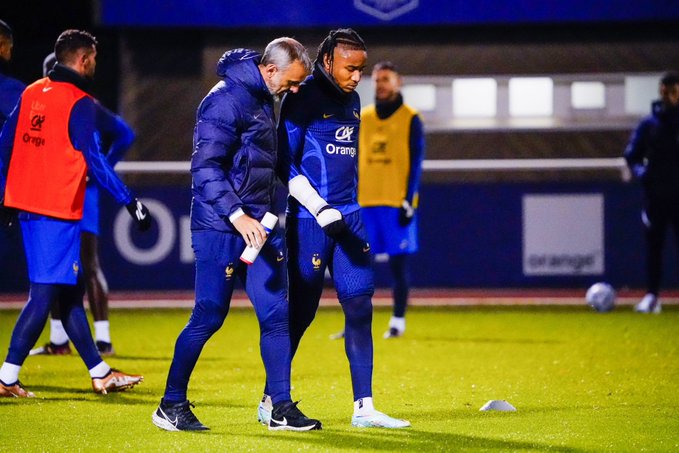 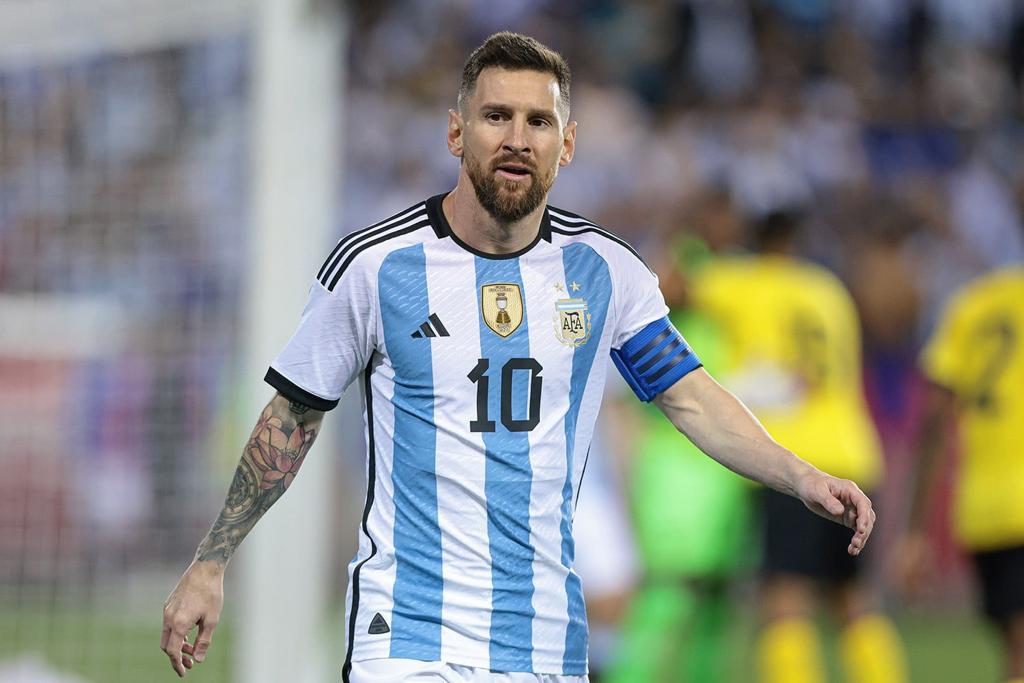 International press reports revealed that Paris Saint-Germain will resume talks to extend Lionel Messi's contract after he returns from leading Argentina at the World Cup, according to a report - to try and fend off Barcelona's interest. The 35-year-old has been in amazing shape this season, scoring 12 goals and providing 14 assists in 19 games. Now Daily Mail has reported that PSG has expressed intentions to extend Messi's contract in the French capital, once talks resume after the World Cup. With Messi's contract expiring next summer, the French champions are keen to agree to extend his contract after rumors of his possible return to Barcelona. They were reportedly keen to extend his contract, which expires in June 2023, for a further two years to keep him from thinking away about returning to his previous team Barcelona. However, Barcelona president Joan Laporta said earlier this week that Messi was always welcome to return to the Catalan giants, and it has led to a flurry of rumors he might revert back to his old club. The South American scored 672 goals and registered 302 assists in 777 appearances for Barcelona before his exit on a free transfer in the summer of 2021. 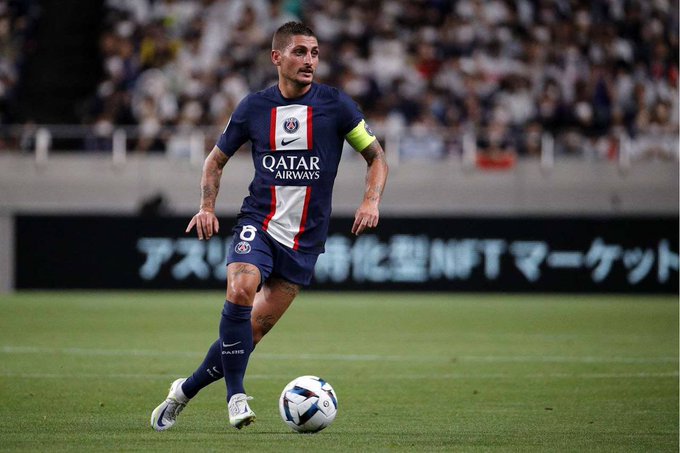 PSG and Verratti are close to extending the contract until 2026

Press reports revealed that the French club Paris Saint-Germain is close to extending the contract of its Italian star, midfielder Marco Verratti is close to extending his contract with PSG for another two years until 2026. According to the French newspaper, L'Equipe, negotiations between the PSG Board and Marco Verratti is about to end in order to sign a new contract extension to continue with the team until 2026. Verratti arrived at the Parisian in the summer of 2012 from the Italian team Pescara for 12 million euros.  The newspaper added that the Paris club began negotiations to extend the contracts of Sergio Ramos, Lionel Messi, Marquinhos, and Kimpembe, in addition to Verratti. Verratti, 30, played 397 games for Paris Saint-Germain in various competitions, scored 11 goals, provided 61 assists, and won many titles, most notably the French League title 8 times. 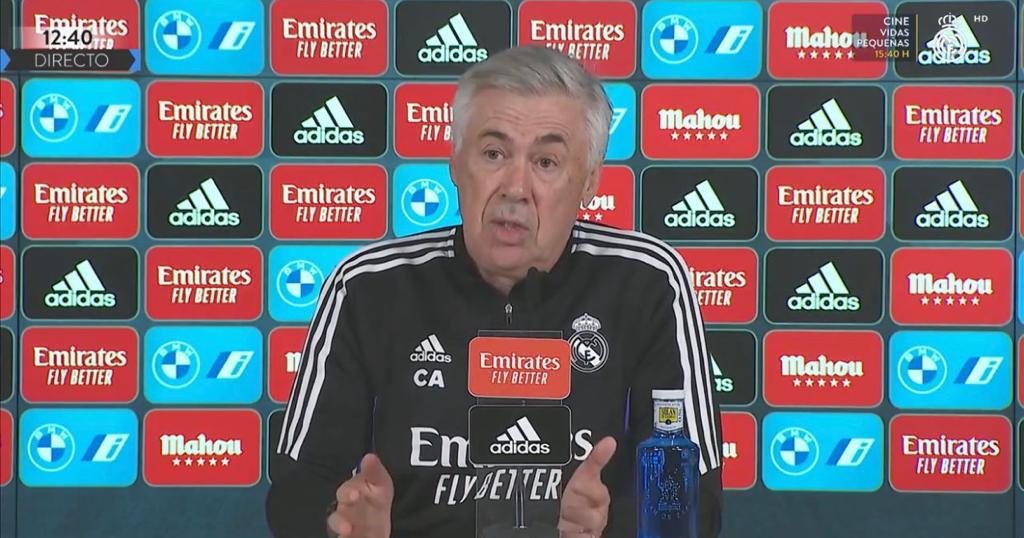 Real Madrid head coach Carlo Ancelotti has quelled suggestions that Karim Benzema is unavailable for club action in order to keep him fit for the World Cup. Ancelotti shed light on several issues prior to their match tomorrow against Cadiz in the Spanish League. Most notable is the absence of Karim Benzema and the reason for the losses against Leipzig and Rayo Vallecano. But Ancelotti denied that was the case."It has bothered me that he has not been able to help us with his quality - he has tried but he has not been able to come back from this small thing, so he is not available," Ancelotti said in Wednesday's press conference. "I don't have to say anything to anyone. The first disappointed person is Karim, who arrives at the World Cup without the necessary minutes to be in good condition. On the recent losses, Ancelotti commented: "The team lost its strength against teams that do not play in Europe like Rayo. It can be at a higher level than the rest and is less visible when you play against teams that play in Europe." He further added: “Defeat against Leipzig really affected us, but the rest was very good. We achieved the goal, which is the top of our group in the Champions, and this cost us some absences, such as Benzema or Courtois in some matches." On facing Cadiz in the Spanish League, he commented: "It is true that it is the last unforgettable match of the year, with magical nights, to end with good feelings. There are many things, especially the presence of a good and unforgettable memory of this year." On the players' thinking about the World Cup, he commented: "I don't see that in training, they are competitive and they don't take their legs off. Nobody talked about it. The World Cup is there, but we've done well so far. A month ago the team was doing very well and didn't anybody think about that." Real Madrid is 5 points behind Barcelona, the current leader, where the Catalan club leads the standings with 37 points, while coach Carlo Ancelotti's team collected 32 points, while Cadiz occupies 19 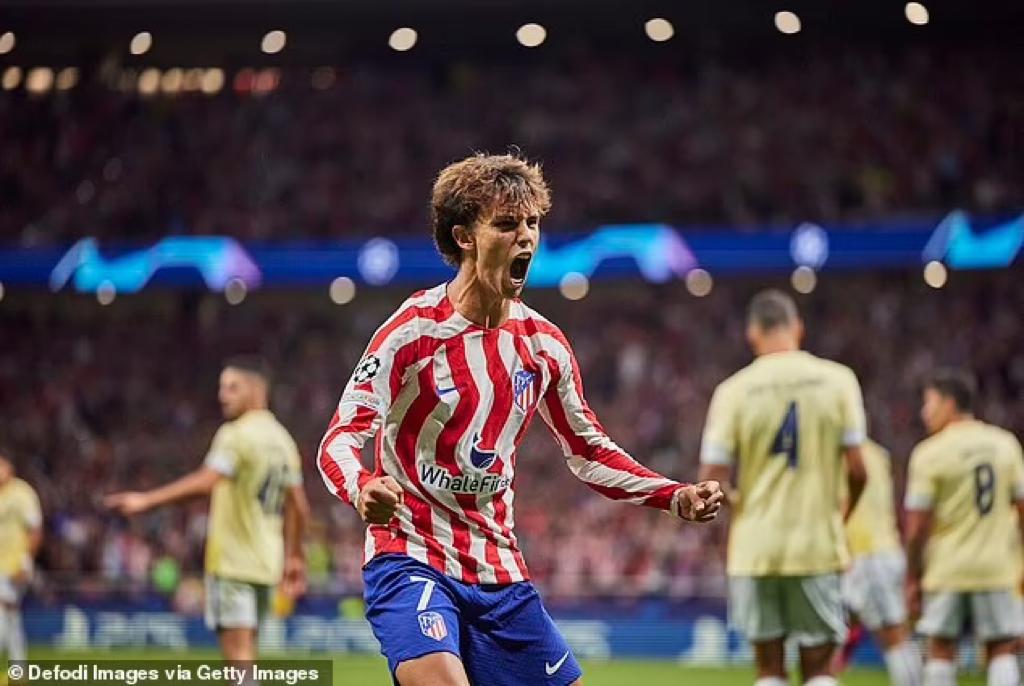 Is PSG keen on signing Joao Felix from Atletico Madrid?

French press reports indicated that Paris Saint-Germain is keenly interested in signing Portuguese star Joao Felix during the next winter transfer window. Felix was among the list of candidates to succeed Kylian Mbappe before the player extended his contract for three additional seasons in Paris Saint-Germain, but with the doubts surrounding the French player, the Capital's club Board is interested in contracting Joao Felix. According to the newspaper "L'Equipe", Jorge Mendes, the Portuguese player's agent, has already started procedures to find a new destination for his client as soon as possible. The famous agent appears to have contacted several giant European teams, including Paris Saint-Germain, Bayern Munich, and Barcelona. The French newspaper confirms that Joao Felix wants to leave the ranks of Atletico Madrid and that he would even have expressed his desire to Jorge Mendes to change the destination during the next winter transfer window (January 2023). 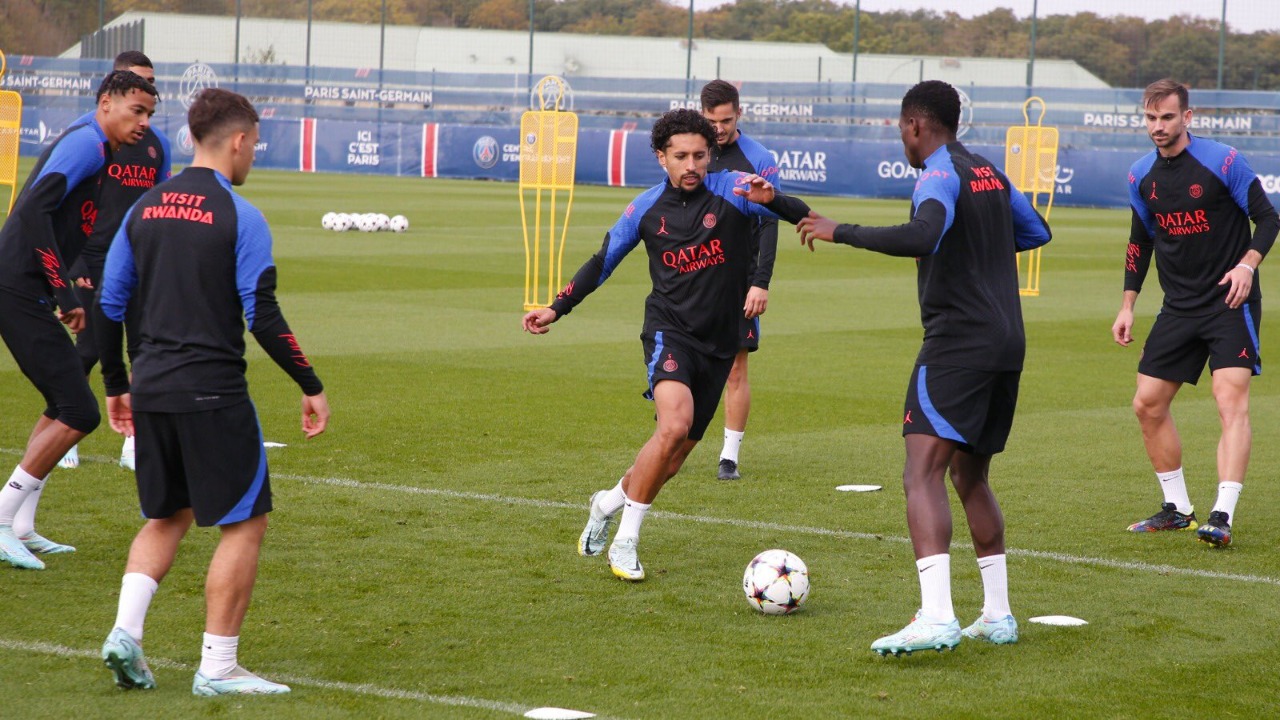 PSG: Kimpembe is ruled out of the Champions League group stage clash against Juventus

French football club Paris Saint-Germain has announced this morning that Presnel Kimpembe is ruled out of tomorrow’s Champions League group stage clash against Juventus on Wednesday at Allianz Stadium, in the sixth and final round of the Champions League group stage, as Kimpembe has picked up an issue on his Achilles heel. Paris Saint-Germain issued a medical statement today, Tuesday, saying: "Presnel Kimpembe feels discomfort in the right Achilles tendon, and he will remain under care at the training center." The 27-year-old had recently recovered from a muscle injury and participated as a substitute during the Maccabi matches in the Champions League and Troyes in the French League. The defender had recently returned to action following a month and a half on the sidelines, having injured his hamstring against Brest in early September. He made his first start since coming back in the 4-3 win over Troyes at the weekend, before being brought off in the second half for Marquinhos. PSG succeeded in qualifying for the round of 16 of the Champions League, accompanied by Benfica of Portugal, from Group H, while Juventus came in third place. 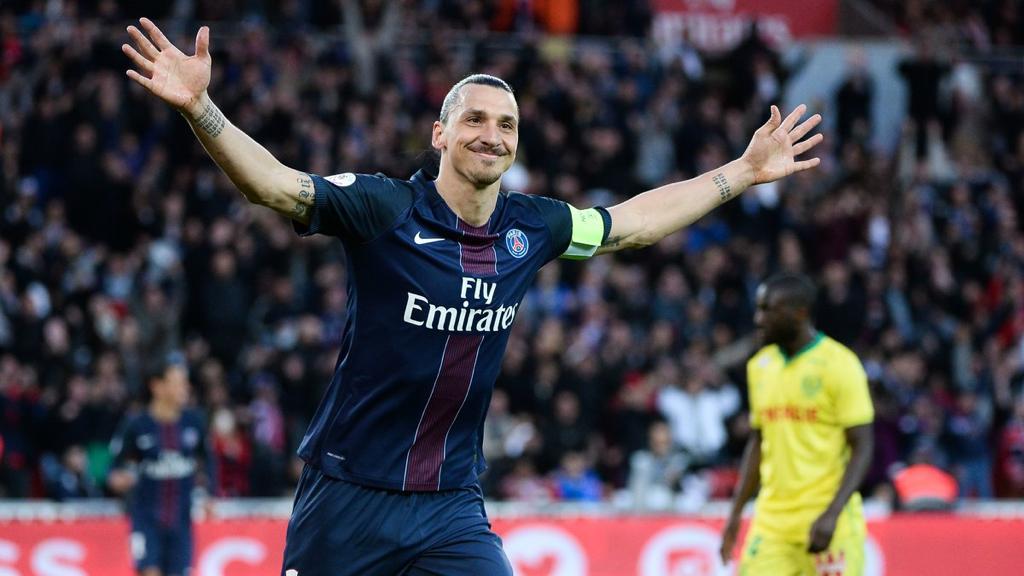 Ibrahimovic claims Ligue 1 has 'gone downhill' since his PSG exit 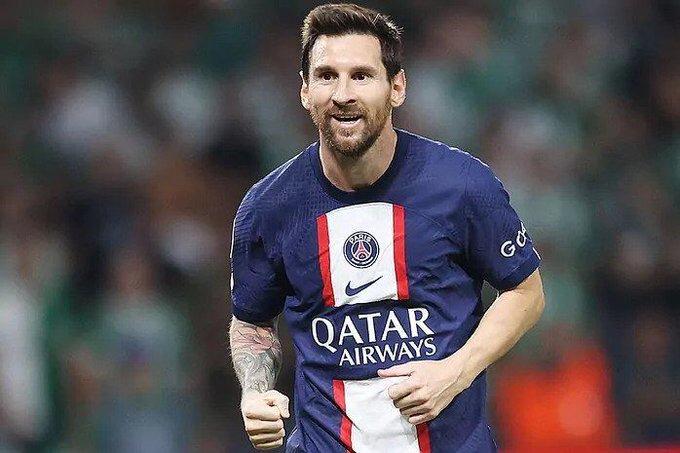 Where will Lionel Messi be playing next season? .. 3 possible destinations in 2023!

According to a recent report from the Famous English Athletics journalist David Ornstein, who claims the 35-year-old superstar currently has a choice of three destinations. David Ornstein revealed that Lionel Messi is reportedly in talks to sign for MLS side Inter Miami once his deal with Paris Saint-Germain expires next summer. ‘Inter Miami increasingly confident of signing Lionel Messi. Not fully agreed but Inter Miami CF now expect 35yo to join & hope it gets done in coming months. Talks resume after World Cup 2022, as PSG 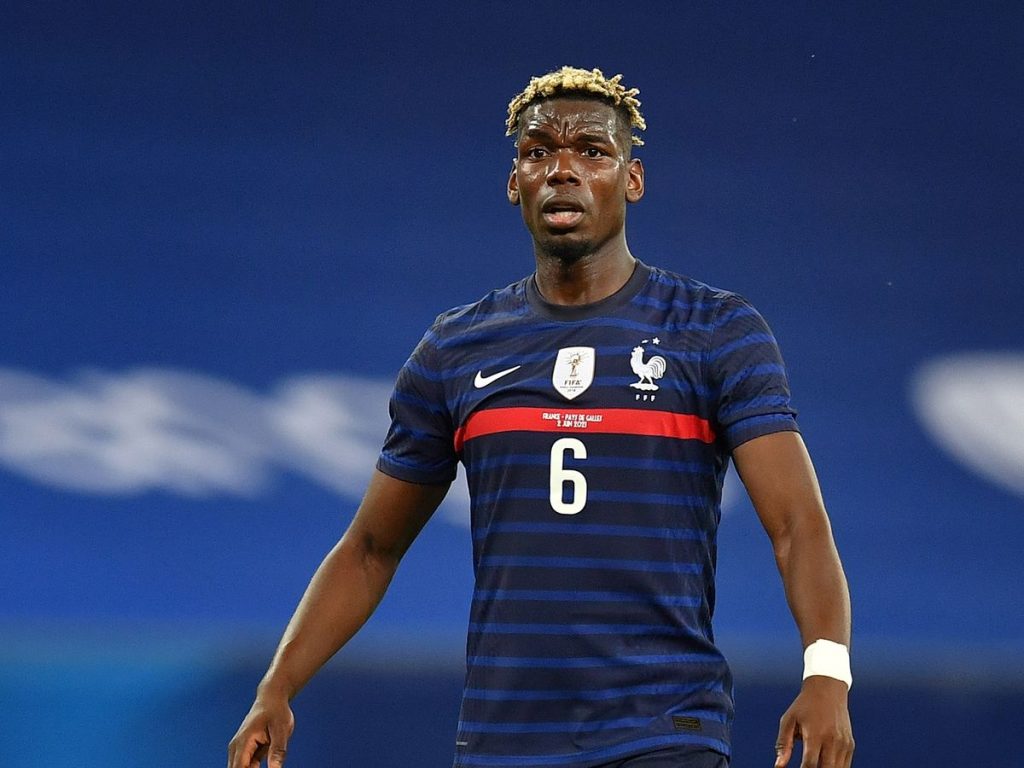 Italian press reports revealed that the midfielder of Juventus and the France national team, Paul Pogba, has reportedly suffered a new muscle injury in Juventus training while trying to recover from knee surgery, so it is highly unlikely that the Juventus midfielder will appear with the Roosters in the World Cup in Qatar. The former Manchester United player has not appeared with the Bianconeri since returning to Turin as a free agent during the summer. Paul Pogba is facing a new injury crisis that could see him miss the World Cup with France as the midfielder's Juventus struggles look set to continue, according to Gazzetta Dello Sport newspaper. Reports close to the Frenchman state that Pogba has sustained a new injury setback while undergoing rehabilitation for an existing knee injury that has seen him yet to play a competitive game for Juventus since joining the club in the summer. Pogba returned to the Italian giants after running down his contract at Manchester United, famously labeling a new deal exceeding £ 300,000 per week at the Premier League club as nothing. 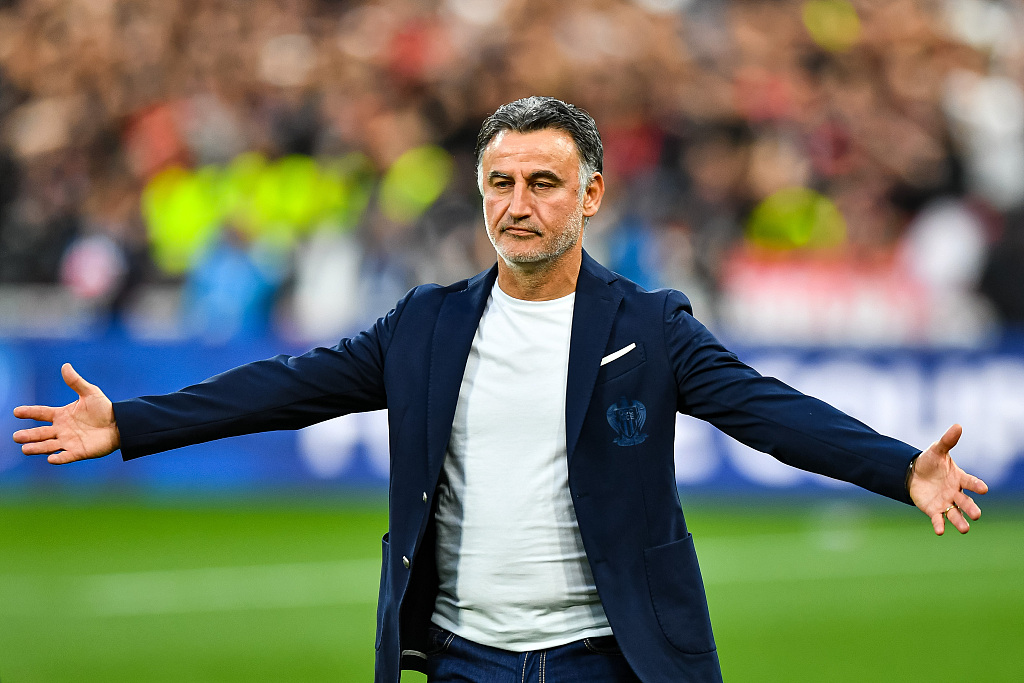 Various reports are still linking the Argentine legend will be free to leave in June of 2023 when his contract with PSG expires with the castle "Park of the Princes". According to El Nacional, Manchester United and Chelsea are interested in acquiring the services of Paris Saint-Germain (PSG) star Lionel Messi next season. Due to La Liga wage cap rules, Messi joined PSG last season after Barcelona was unable to renew the player's contract. He endured a difficult first season in France, scoring 11 goals and providing 15 assists in 34 games. However, Messi has returned to form this season and has managed to score nine goals and provide ten assists in 15 games so far this campaign. His contract with the Parisians is set to expire at the end of the season, and a return to Barcelona might be on the cards for the Argentine. The Catalan club is very interested in bringing back their former player. However, Manchester United and Chelsea might intervene in those plans. United are keen to add attackers to thei

Neymar Jr. enters as the new face of Ooredoo to promote 5G
Al-Khelaifi:”'SC Braga is an exemplary Portuguese institution with a reputation for excellence”
French media updates about Messi's injury ahead of PSG clash against Benfica
Messi and Mbappe send PSG back top of Ligue 1
French &  Real Madrid's Camavinga is a key in the “Rooster” squad in Qatar